THE NINETIES AND THE NOUGHTIES 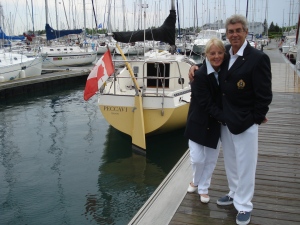 Meeting Diane was the major event of 2009

It’s amazing how many world events we can forget or simply overlook when we’re otherwise engaged.

Returning to England after a 50-year absence is making me realize how much of my home country’s history I missed. Last time I picked highlights from the sixties, seventies and eighties. Here’s an update for the past 25 years.

1991: IRA bombs explode at both Paddington and Victoria stations; British scientist Tim Berners-Lee introduces WorldWideWeb, the first browser; ITV franchise auction results are announced and many notable names go off air, including Thames Television; retail giants Asda and Tesco, and many other shops, defy trading laws and open their doors on Sundays;  Robert Maxwell’s business empire goes into receivership, exactly one month after his death by drowning; One Canada Square at Canary Wharf becomes the tallest building in the UK.

1992: Punch, Britain’s oldest satirical magazine in circulation since 1841 folds; the Conservatives are re-elected for a fourth successive term, in their first General Election under John Major’s; Nigel Mansell wins his 26th Grand Prix; Diana: Her True Story, by Andrew Morton, reveals that she had attempted suicide after discovering that The Prince of Wales had resumed an affair with Camilla Parker-Bowles; Baroness Thatcher takes her place in the House of Lords; on “Black Wednesday” the government suspends membership of the European Exchange Rate Mechanism following a wave of speculation against the pound; a new lighter and smaller 10-pence coin is introduced; Windsor Castle is badly damaged by fire causing over £50 million worth of damage; The Queen describes the year as an Annus Horribilis.

1993: Staples opens its first store in Britain; an IRA truck bomb explodes in the City; The Queen announces that Buckingham Palace will open to the public; UKIP is founded.

1994: Rover is sold to BMW, leaving Britain without a large independent car maker; the Channel Tunnel opens; new MI6 headquarters open; retailers are permitted to trade on Sundays; the Daily Telegraph launches an online edition; 600,000 people in Britain now have access to the internet at home.

1995: Barings collapses following losses incurred by rogue trader Nick Leeson; the 50th anniversary of VE Day is celebrated; the driest summer in English meteorological history is recorded; the Princess of Wales reveals all to Martin Bashir on BBC; race riots break out in Brixton, following the death of a black man in police custody.

1996: the Duke and Duchess of York and the Prince and Princess of Wales all divorce; Dolly the sheep is born; the Spice Girls break out; Ford launches the Ka; the Stone of Scone returns to Edinburgh Castle 700 years after it was removed by King Edward I.

1997: Channel 5 is launched; Tony Blair defeats the incumbent Torys under PM John Major to win the General Election in a landslide; J. K. Rowling’s first Harry Potter novel is published; the tiny Midlands county of Rutland regains its identity, lost in 1974; Diana, Princess of Wales, dies in a car crash in Paris along with Harrods heir Dodi Fayed; a new 50 pence coin is introduced; the Queen broadcasts a tribute to Diana, following widespread criticism; the funeral of the Princess of Wales takes place at Westminster Abbey, attracting a television audience of more than 32 million; the Queen and the Duke of Edinburgh celebrate their 50th wedding anniversary; after 44 years in service, the Royal Yacht Britannia is decommissioned.

1998: BMW acquires Rolls-Royce Motors; Herefordshire and Worcestershire are re-established, 24 years after they merged; a two-pound coin is issued; DVDs launch.

1999: the Euro goes into circulation, but Britain sticks with the pound; the first elections to the Scottish parliament and the Welsh Assembly are held; the last colliery horse to work underground in a British coal mine is retired; Millennium celebrations include the opening of the Millennium Dome and the unveiling of the London Eye. 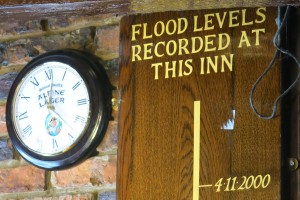 York floods during the wettest year on record

2000: BMW sells the Rover and MG marques, while keeping the Mini marque, and sells Land Rover to Ford; the Millennium Bridge between The City and Bankside opens and immediately closes due to swaying; the Queen Mum celebrates her 100th birthday; DVD sales pass the million mark, although the VHS format remains more popular; the wettest year on record in the UK.

2002: Princess Margaret dies at 71; Ford ends 90 years of British car production; BBC 6 Music is launched; Queen Elizabeth, The Queen Mother, dies aged 101; the Queen celebrates 50 years on the throne; over 50 per cent of the population has Internet; the Ford Focus is Britain’s best selling car for the fourth year in a row.

2003: in London, more than two million people demonstrate against the Iraq War; the London congestion charge comes into effect; President Vladimir Putin becomes the first Russian head of state to make a state visit to the Britain since Tsar Alexander II in 1874; after 27 years of service, the Concorde makes its final commercial flight; Mick Jagger is knighted; DVD sales overtake VHS. 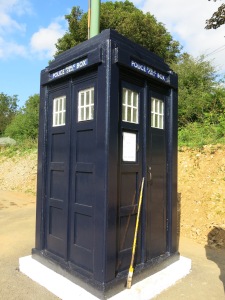 2007:  smoking bans come into effect in all enclosed public places in England and Wales; Birmingham’s Longbridge car factory re-opens to produce the MG TF; heavy flooding devastates the cities of Sheffield and Hull, and parts of Gloucestershire, Warwickshire, Worcestershire and Oxfordshire; Gordon Brown is appointed Labour PM; High Speed 1 from London to the Channel Tunnel opens; roll out of digital terrestrial television starts. 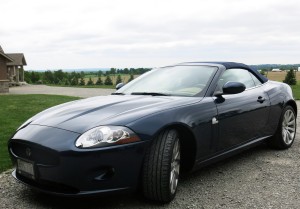 2011: VAT increases to 20 per cent; HMV closes 60 stores; UK’s last circus elephant retires; Prince William, Duke of Cambridge and Catherine Middleton are married; the UK population rises by 470,000 between 2009 and 2010, the biggest increase in nearly 50 years; following the phone hacking scandal, the News of the World folds after 168 years; youth unemployment passes the million mark.

2012: government debt rises above £1 trillion for the first time; the Queen celebrates her Diamond Jubilee, marking 60 years on the throne, only the second British monarch to do so; 100th anniversary of the sinking of RMS Titanic; Boris Johnson is re-elected as Mayor of London; the Royal Navy’s first female warship commander, Commander Sarah West, takes up her post on HMS Portland; London hosts the Olympic Games for the third time; the Queen participates with “James Bond” in the opening ceremonies.

2013: final BBC news bulletins are transmitted from the Television Centre, after 43 years, as the corporation moves its entire news operation to Broadcasting House; Police Scotland begins operations, merging all the former forces in the country; former British Prime Minister Margaret Thatcher dies; a house goes on sale for a record £250 million, 700 times greater than the average cost of a property in London; 99 mph gusts are recorded at the Needles on the Isle of Wight during the St. Jude’s day storm.

2014: Canadian Mark Carney, Governor of the Bank of England, warns in the event of Scottish independence, they would need to give up some powers in return for a currency union with the UK; Scotland votes “No” to Scottish independence; Nicola Sturgeon succeeds Alex Salmond as leader of the SNP and First Minister of Scotland;  on Remembrance Day the last ceramic poppy is laid at the Tower of London memorial art installation and joins the 888,245 flowers commemorating the armistice and centenary of World War I; the Met Office reports the hottest year on record.

2015: in the election, the Torys win 331 seats, the Lib Dems are demolished, and David Cameron stays as PM; the Royal Family, the PM and other dignitaries mark the 800th anniversary of the Magna Carta at Runnymede; memorial services mark the 10th anniversary of 7/7 attacks; the Queen surpasses Victoria’s reign; 75th anniversary of the Battle of Britain; Storm Abigail is the first to be officially named, leaving  20,000 homes without power; Britain’s last deep coal mine, in North Yorkshire, closes.

That’s a quick look at Britain’s history, together with my previous story, over the past 50 years. Now we are all up to date and we can hold our own in chats at the pub.