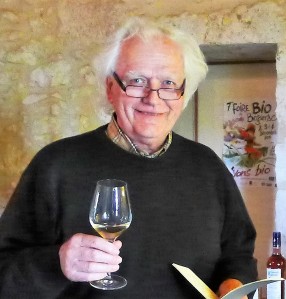 We conclude our magical tasting experience in this storied playground of the rich and famous.

So far I’ve told you how we entered the wacky world of wine, got invited to a very special tasting at the Carlton Hotel in Cannes (all expenses paid) and our first day of tasting at that storied retreat of the rich and famous (and, in our case, the not so rich and famous). In this post I’ll tell you about our final day at the Carlton and all the enchanting things that occurred that marvellous day.

We had enjoyed a delightful meal the previous evening at a local restaurant with Eva Schubert, commercial manager for our new fizz house, Champagne Forget-Brimont. It had been an early and relatively booze-free dinner and we awoke quite refreshed and eager to get back to the punishing tasting regimen (I can just hear your sobs of sympathy). After a quick breakfast we headed off to our first appointment. It was with a winery from the Minervois region of the huge Languedoc-Roussillon wine producing area in south-western France called Château Saint Jacques d’Albas. What I didn’t know about the wine region would fill an encyclopaedia. 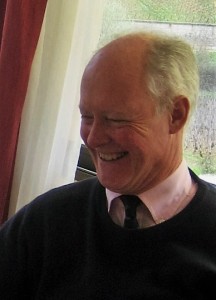 Mr. Nutter on a much better day

We knocked to announce our arrival and were enthusiastically greeted by a dishevelled apparition who uttered a bleary-eyed welcome in what sounded almost like English! Introductions proceeded and it turned out that our host for the next 20 minutes was Graham Nutter and it was indeed English he was speaking, the British sort fogged by a previous night’s revelry that was obviously much more rambunctious than ours. As he thrashed about looking for clean glasses, a corkscrew and unopened bottles of his wine, Graham explained that he had recently acquired his vineyards, financed partly by his leaving package from Deutsche Bank. He had been a Private Banker looking after affluent international clients. Disorganized, a lover of the good things in life and an ex-banker! With so much in common I knew we were going to get along famously.

Graham’s wines were also a pleasant surprise. We started with a crisp little white wine and progressed through a series of reds culminating in a true blockbuster that he had dubbed ‘La Chapelle.’ It was almost 100 per cent Syrah and could easily have been mistaken for a first-rate Côte Rôtie. We ended with a rosé. It was marvellous! So delicious in fact that, after Graham agreed to an agency relationship with us, we featured it in our very first offering to the Members of our fledgling wine club. Here’s how it went: 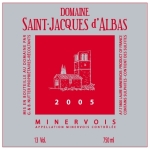 “While the Domaine makes four excellent wines, we are featuring their 2005 rosé because we enjoyed it immensely during tastings in both Cannes and Montpellier and the traditional season for rosé is just around the corner (although we believe it should be consumed year round). It has a wonderful, vibrant salmon colour and a beautiful fruity aroma. In the mouth there is a very pleasant note of red fruit (strawberries and raspberries), and it has a nice, crisp finish. This wine has all the right stuff a smashing rosé should have. It is made of equal parts Syrah and Grenache. Only 4,000 bottles were produced. This is a wine that can be enjoyed while sitting with friends in the back yard and is the perfect companion for ham, charcuterie and Asian cuisine.”

Thus was the beginning of a long and most delightful relationship with Graham and Château Saint Jacques d’Albas. 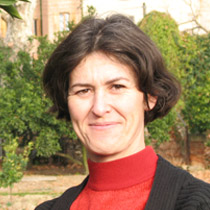 We left Graham and hurried off to our next tasting. It was with a tall, handsome, intense young woman named Marie-Pierre Bories who owned and operated Domaine de Blanes in the Côtes du Roussillon area in the south-western part of the Languedoc. As it turned out, her father Jean-Pierre Bories was president of the Vinisud wine fair that we would be attending next in Montpellier. Marie-Pierre was absolutely fanatical about her wines to the extent that she told us that she would sometimes sleep with her vines! Her oenological devotions certainly paid off in that her wines were magnificent. We told her that we would love to represent her wines and she agreed. I am introducing you to Marie-Pierre now because she figures in our first inauspicious dealings with the LCBO that I will tell you about in a future Gentleman’s Portion post.

We proceeded happily through several more sessions where we tasted many excellent examples of the vinous delights that can be produced around the Mediterranean. As we did so, a recurrent story emerged. When the vintners learned that we were from Ontario, they would mention that a somewhat haughty gentleman representing the LCBO had visited them and upon learning their annual productions (most were small artisanal vignerons) would pronounce in a belittling way that his average purchase was larger than their total annual output! To say the least, they were a tad peeved at this belittlement of their lives’ works. It turned out that the bearer of these tidings of great joy was none other than the elusive Courtney Winte. Needless to say, we had several uphill battles convincing the vintners that at least we would value a business relationship with them. 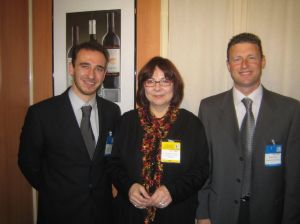 I was ready for a rest and suggested to Hélène that we skip our next tasting. It was with a couple of Italian producers from the Piedmont region of Italy who had asked to see us at the last minute. I had little interest in Italian wines of any nature and my taste buds were in desperate need of a rest. But Hélène wouldn’t hear of it. You see, she had spent the past three years studying Italian and wanted to make use of her newly acquired and quite impressive linguistic abilities. Thus I was dragged along, kicking and screaming to the bedroom/sampling room of Lionello Rosso and Carlo Ferro representing Poderi Rosso Giovanni and Azienda Agricola Ferro Carlo respectively. A non-stop barrage of Italian filled the air from the moment that the two very handsome young men answered the door. Several minutes later a breathless Hélène pronounced, “We have to sign up these two wineries.” “But Hélène,” I sighed, “We haven’t tasted their wines yet!” I did ultimately get a chance and they were terrific.

After a few more tasting sessions it was time to join our fellow tipplers on the motor coach for the ride to Montpellier where the big Vinisud wine show would begin the following day. “What are we going to do about lunch,” Hélène gasped. “The bus trip is going to take three hours and we haven’t eaten since breakfast!” Now I must explain that a hungry Hélène is a formidable force to be reckoned with. In self-preservation, I will do just about anything possible to ensure that her hunger pangs are assuaged. So I set out in search of something that we might take with us. The only thing I could find was a small but promising salad bar tucked away in the hotel’s main bar. I explained my life-threatening predicament to the liveried barman who fortunately sympathised with my situation. He produced a couple of plastic containers and proceeded to fill them with all sorts of yummy things from the silver salad bar trays. “But,” I beseeched, “How are we going to eat them?” My savior excused himself and disappeared into the bowels of the Carlton. I thought that I had exceeded the bounds of his kindness and that he had fled in exasperation. But no … he reappeared a couple of moments later holding two Carlton Hotel forks aloft! “Will these do?” So much for the myth about the nasty French.

Well, my glass is empty and I know our editor would want me to stop. In my next installment I’ll tell you all about another act of kindness by a complete stranger and all the fun things that happened at Vinisud. I do hope you can stand the suspense. Cheers!

PS: Click here to find out about our current wine club offerings; I assure you that a sensory treat awaits!