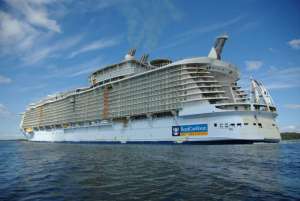 Floating condominium Oasis of the Seas

Many modern passenger vessels look more like bloated condominiums than elegant ocean liners. But do all the fabulous amenities inside a ship make up for an ugly exterior?

When the Norwegian Epic made its debut in June of 2010, it was panned as one of the ugliest passenger ships ever built. In fact, while Norwegian Cruise Line had options to build two other Epic-class ships, it cancelled the order and scrapped the design. 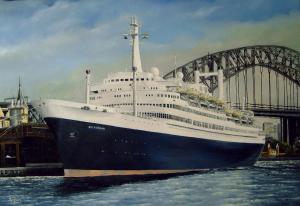 While it’s true that beauty is in the eye of the beholder, most people’s views of what makes a ship look great are likely based on their personal experience and expectations.

For example, I grew up admiring the great classic ocean liners, and was lucky enough to sail on a number of them including the Rotterdam, Constitution, Norway (formerly the France) and the Caronia (formerly the Vistafjord).

These older ships and many others like the QE2 were built for ocean crossings, or a combination of crossing and cruising. So they all had clipper-style bows and spoon-like rounded sterns that helped them move quickly and gracefully through rough seas as they plied the world’s major waterways. Since these were the types of ships I first sailed on, they became my benchmark for what a beautiful ship should look like. 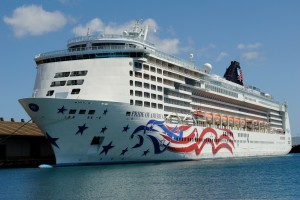 But all that changed in the late 1960s when crossing the Atlantic by ocean liner went out of style and ships began to be constructed solely for holiday cruising.  New and lighter building materials also meant these new ships could be built with more super-structure (decks), and offer more public space and cabins for passengers.

The result was by the beginning of the 1980s the profile of the typical cruise ship had gone from looking sleek and balanced to block-like and top heavy. But some claim that while these floating condominiums may be ugly on the outside, they make up for it on the inside with better facilities, bigger cabins (including many with balconies), and more amenities.

When it comes to ugly, the top-heavy Norwegian Epic is in good company. Its sister, the Pride of America, looks like the shipyard added its pug-nose bow as an afterthought. And at Royal Caribbean, the gigantic Oasis and Allure of the Seas look like bloated tenement buildings. 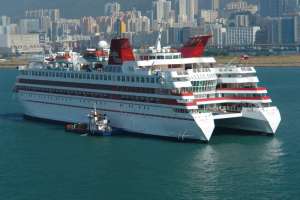 But it’s not just the newer mega-ships that look ugly. Back in 1998 Diamond Cruise line launched the world’s first and only SWATH (Small Waterplane Area Twin Hull) cruise ship, which resembled a pregnant catamaran. The ship was so ugly that it soon fell out of favour with passengers and was relaunched as a casino ship called the Asian Star sailing out of Hong Kong and Singapore.

But there’s still reason for optimism, especially when it comes to the design of smaller ships.

At the turn of the millennium, now-defunct Renaissance Cruises commissioned Chantiers de l’Atlantique in France to build eight luxury passenger vessels that reflect traditional cruise ship design. Fortunately, the “R” ships (as they were known) have survived and are now operated by a variety of cruise lines including Oceania, Azamara, Princess, and P&O Line. Several other cruise lines have also launched beautiful cruise ships over the past two decades including Seabourn, Ponant and Crystal. 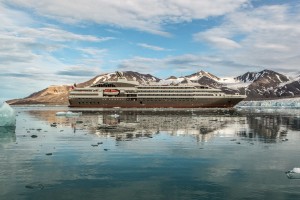 Among larger vessels, the eleven “Vista” class ships operated by Holland America Line, P&O Cruises, Cunard Line, and Costa Cruises are pleasing to the eye. Built by Fincantieri in Italy, these ships feature extensive use of glass in the super-structure, have classic walk-around promenades, and 85% percent of their staterooms have ocean views.

I’m also a fan of Royal Caribbean’s medium-sized vessels, including the Radiance of the Seas which I sailed on during a circumnavigation of South America. These ships feature a more traditional rounded stern and a more graceful looking bow.

But my favourite ship is the Queen Mary 2, which features a beautiful raked bow, rounded Constanzi stern, streamlined hull and sleek super-structure adorned with the famous black, white and red livery of the Cunard Line.

In an era where too many passenger vessels look like bloated barges, it’s nice to know that some cruise lines still care about how a ship looks from the outside. And while some may claim that beauty is only skin deep, I am reminded of author Jean Kerr who once wrote: “I’m tired of all this nonsense about beauty being only skin-deep. What do you want—an adorable pancreas?” 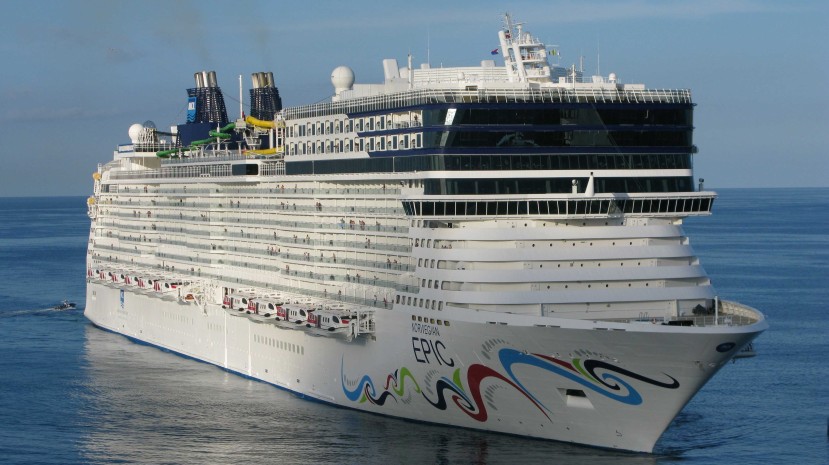