IS CRUISING A HUMAN RIGHT? 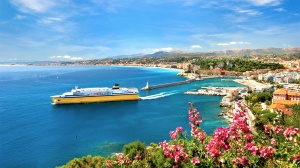 Not so long ago, some in the European Union were pushing for vacations to be declared a human right. But with Brexit on the horizon, the idea of a free cruise may no longer make sense, if it ever did.

With the United Kingdom in the process of negotiating the country’s departure from the European Union, the vacationing public might be wondering what the Great Escape may mean for the future of cruising in Europe. After all, while the British public may be happy to give up Euro-Zone rules that protect them from bananas and cucumbers that are too curvy, vacuum cleaners, kettles and toasters that are too powerful, and jams that contain less than 60% sugar, they may not want to pass up the prospect of a tax-payer funded European vacation.

What, a free vacation?

Well, back in 2010 Antonio Tajani, the European Union Commissioner of Industry and Entrepreneurship, decided that travel is a human right and that taxpayers throughout the European Union should subsidize trips abroad for those too poor to afford their own vacations.

According to an article in the Sunday Times, Mr. Tajani declared “Travelling for tourism today is a right,” at a gathering of European tourism officials in Madrid on April 15, 2010. “The way we spend our holidays is a formidable indicator of our quality of life.”

Mr. Tajani’s plan would have taxpayers fund 30% of the travel expenses for seniors, youth between the ages of 18 and 25, disabled people and families facing “difficult social, financial or personal” circumstances. Travel destinations would be selected by the European Union, and the goal would be to encourage recipients of the taxpayer funded largesse to visit other parts of Europe so they can develop a greater appreciation of other cultures.

How about a taxpayer funded trip to the Greek Islands?

While Mr. Tajani’s free holiday plan was never approved, it may still resurface one day.  And if it does, why not include cruise vacations? After all, if travel is a human right, cruising should be, too (not to mention cars, jewelry, cottages and playing bingo). And when compared to a land-based vacation, cruising is usually a better value, particularly in Europe.

So to help Mr. Tajani implement his plan, I’ve come up with three cultural cruise experiences that he will want to include in his list of government-sanctioned trips as follows:

Freedom, Equality, & the French Riviera: This cruise will take elderly people from Eastern Europe to the French Riviera so they can develop a better appreciation of topless bathing, outrageously expensive restaurants, and rude service. Once they return home, participants will be required to write a short essay on why the French are superior.

Learning to Lap Dance: This cruise will take young Italians to Spitsbergen in Norway where they will learn how to yodel, barbecue reindeer, and study Viking etiquette. Once home, participants will be required to demonstrate a traditional Lapland folk dance on the hit Euro-vision television show, “Dancing with the Bureaucrats.”

Keeping Up Appearances in Spain

Keeping Up Appearances: This cruise will take ne’er-do well Brits to an English enclave in southern Spain where they can swill imported British ale, eat Cornish pasties with chips, watch Arsenal play football at the local pub, and sing God Save the Queen in the town square. Once home, they will produce a nine-part mini-series for the BBC starring John Cleese that will examine the many positive impacts that the British have had on the culture and cuisine of Spain.

I could go on, but I think you’re getting the picture of just how culturally important these taxpayer-funded vacations could be. The only problem is that with the U.K. planning to leave the European Union, there may not be enough solvent countries and wealthy taxpayers left to foot the bill!