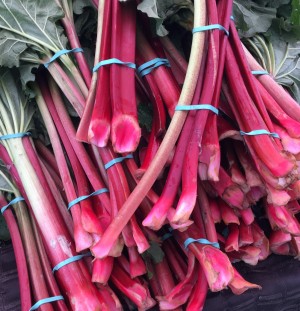 In late winter, in a small corner of England’s largest county, delicious bright pink rhubarb stalks are grown entirely in the dark and harvested by candlelight.

If you are lucky enough to come across these tender morsels at a UK farmers’ market, snap them up, or you’ll have to wait with the rest of us mere mortals for the regular and later harvest.

In Canada, only a few farmers seem brave enough to grow the crop in the winter dark. The French family at Lennox Farm near Melancthon, forces winter rhubarb from January through May, when the field crop grown in the fresh air takes over. Supermarket chain Sobeys calls their produce ‘greenhouse rhubarb’ as no one will believe it’s grown in the dark.

Rhubarb was brought to England from Siberia in the 17th Century. In  January, 1817, the method of forcing the vegetable (yes, it is a veggie, not a fruit) was discovered accidentally when some gardeners inadvertently buried some crowns. Two weeks later bright pink stalks emerged. By the mid-1800s forced rhubarb took root in the area knows at the Yorkshire Triangle, centred on Leeds. The availability of cheap, refined sugar was one factor in its success. By the 1940s, rhubarb crates were sent to London between Christmas and Easter, on their own overnight train. But the end of rationing and the arrival of exotic fruits from overseas put an end to the popularity of rhubarb, the train was cancelled and the number of growers dropped to the dozen or so that remain today. 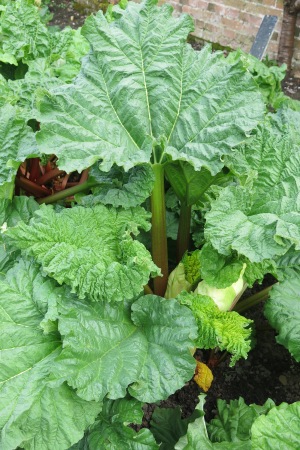 One of the 121 varieties of rhubarb grown at Clumber Park

However, in Britain the appetite for rhubarb is on the rise and in 2010 forced rhubarb from the Yorkshire Triangle was granted a Protected Designation of Origin stamp from the European Union. When Robert Tomlinson took over the family business from his father in 2000, the farm was down to two forcing sheds. This winter, they have just re-opened their fourth shed.

At Clumber Park, near our Yorkshire haven little remains of the once great house but the four-acre walled kitchen garden. I’m told they grow 121 varieties of edible rhubarb. One of those varieties found its way into my recipe for rhubarb crumble.

While the Tomlison family in Yorkshire grows their business, in Ontario Bill French survives as one of the few forced rhubarb growers. The 1970 North American energy crisis pushed many farmers out as it got too expensive to heat their barns. French’s great-great-grandfather came from England in the 1850s, at the beginning of the rhubarb boom. He started a market garden outside Toronto and the popularity of forced rhubarb grew until there were perhaps 60 growers in Ontario.  Now, the French’s Lennox Farm is one of merely two producers.

While methods differ from Yorkshire to Ontario, the essence is that rhubarb grown in the dark reaches maturity without chlorophyll. Hence, the tender young shoots are entirely red and pink. Rhubarb grown in the open has characteristic green and red colouring. Still, the thinnest and newest stems are the most tender.

If you have trouble finding rhubarb at your local farmers’ market, try a Chinese fresh food store. In the Chinese community, rhubarb has long been regarded for its medicinal properties. But whatever you do, don’t eat the leaves.

On a sunny May Sunday afternoon, after some strenuous gardening, I felt a need for rhubarb pie. Here’s my easy recipe. 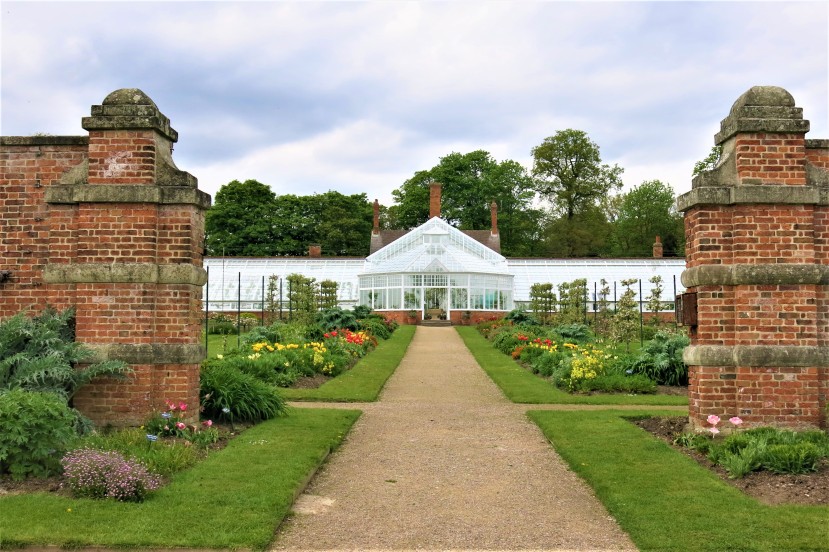