COMFORT FOOD FOR THE ROARING 20S 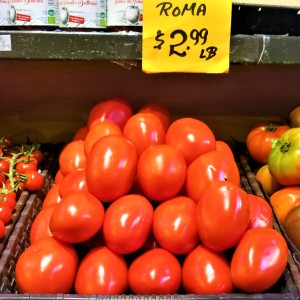 If you think of tomato soup as the ultimate comfort food, then this is for you. But our ancestors thought the plant poisonous and just grew it for decoration.

It’s hard to believe that in over 200 food articles on Gentleman’s Portion and two previous *cookbooks, I’ve never shared my recipe for tomato soup. All blended soups have a tummy warming, hug you in comfort effect and this one is especially effective. It’s really tasty and when I served it at a dinner party before Christmas last year, all declared it delicious. The trick is roasting the tomatoes and other veggies to bring out more flavour. 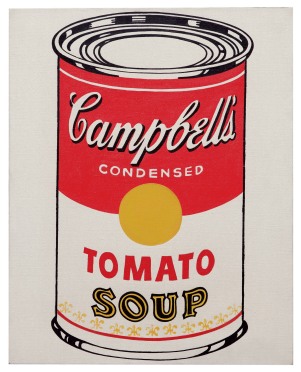 If your idea of tomato soup is limited to opening a can of the Campbell’s condensed variety, made famous by Andy Warhol, be warned that it contains a ton of sugar and salt and is thickened with flour. The listed ingredients are: water, tomato paste, corn syrup, wheat flour, salt, citric acid, celery extract, garlic oil. Heinz Cream of Tomato soup boasts that it’s made with 89 per cent tomatoes, but also contains cornflour, sugar, canola, skim milk powder, citric acid, spices and herbs (unspecified).

If you want goodness and flavour without the baggage, then follow my lead, and make your own. And to my reluctant cook friends: it’s so easy you’ll wonder why you’ve never made it before.

Tomatoes are a relatively recent addition to our western diet. The tomato plant is native to the Pacific coast of South America; the name comes from the Aztec tomati. The conquering Spanish introduced tomatoes to Europe, where they became popular in Spanish and Italian cooking.

The French and northern Europeans erroneously thought them to be poisonous because they are a member of the deadly nightshade family. This was exacerbated by the interaction of the tomato’s acidic juice with pewter plates, commonly used by the wealthy, which leached out poisonous lead. The peasants ate off wooden platters, so accepted tomatoes more readily. The leaves and immature fruit do contain a mild poison. Large quantities would need to be consumed to be toxic, but we are saved by the fact that as tomatoes ripen, the poison disappears. Beware of green tomatoes!

Tomatoes were not grown in England until the end of the 1500s and were purely ornamental. One early writer had deemed them poisonous and that view stuck in Britain and its North American colonies for many years. But by the mid-18th century the Brits and Americans had taken to tomatoes, especially in soups, although the use in cooking was largely confined to Italian and Jewish immigrant cuisine. Mexican cooking was, of course, influenced by the Spanish, who had been in turn influenced by the indigenous peoples. The idea of eating tomatoes in salads was imported from the Middle East, where they had become popular in the same time frame.

The best tomatoes to use for soups and sauces are Italian plum or Roma tomatoes, which essentially have a similar oblong shape. They have a lower liquid, higher solid ratio, which improves the consistency of soups and sauces.

Ripe tomatoes also have a significant umami flavour. Umami is the fifth and newest identified taste, the others being sweet, sour, bitter and salty. Translated from Japanese, the word means savory. Although umami was first scientifically described in 1908, it was not widely recognized until 1985. The umami flavour in my soup increases as the tomatoes are roasted.

If your tomatoes are bought out of season, they may not be very ripe, so keep them in a paper bag for a couple of days, an amazing trick I learned from my late and much beloved grandfather. Even better, wait for the summer crop.

*NOTE: My first book, How to Eat Well and Stay Single, is long out of print, but Market to Table: The Cookbook is a recent eBook, published online by Lulu.com and also available on Amazon and Apple Books for about $10. Every recipe is easy to follow and nicely illustrated. The link to Gentleman’s Portion: The Cookbook is now live, well priced at $9.99 or £9.99.

This is Nigel’s 266th blog on Gentleman’s Portion. The SEARCH function at the top works really well if you want to look back and see some of his previous stories.