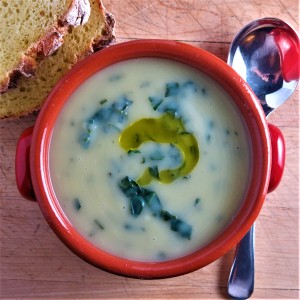 With a five-day window in our upcoming trip to UK, we’re trying to think of somewhere in Europe to visit; a cheap, quick flight to an intriguing destination, where we’ve never been, and with an opportunity to sample the local cuisine.

Even though I personally believe the corona virus scare has been blown out of all proportion, we have to take note of the fact that much of northern Italy is in lockdown. Venice, for once, is deserted. Cruises have been abandoned by the score: who wants to be locked up in a floating condo with sick people, as my esteemed cruising colleague David Moorcroft writes in Zombie Ships? And Turkey and Greece, where we might have gone to Istanbul or the islands, look as though they are being swamped by hordes of economic migrants and refugees from the east. I had promised my beloved Diane April in Paris for her birthday, but it looks dismal, with lines of disgruntled tourists being turned away from a locked-down Louvre.

David and his charming wife Gail visited Lisbon on a cruise and wrote of their day trip in Iberia’s Golden City, but we’re looking for a longer visit. We settle on the Riviera Portuguesa, the affluent region to the west of Lisbon, centered on the coastal cities of Cascais, Estoril and Sintra. We book an ocean view hotel in Cascais (pronounced, I discover, Kash-kaesh). With a full day devoted to the rigors of travelling, we still have four full days to experience our destination. When Diane writes to a friend that we’re thinking of visiting Portugal, she replies that she’s actually staying in Cascais for a couple of weeks and having a marvellous time. Mentioning this coincidence in the local coffee shop, the chap at the next table chips in that his Portuguese girl friend is from Cascais and they’re going back there shortly for a visit. All the stars seem to align for a memorable visit. 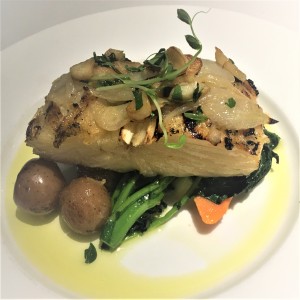 Being a foodie, the first thing I start researching is the favourite foods of Portugal, of which I have zero experience. At the end of a couple of hours of reading, I’m drooling at the thought of so many delicious treats yet to come, although Diane has her doubts about the contents of some of the top dishes. Be assured that I will not mention pig’s trotters, ears or snouts, whole octopi, veal or tripe and other offal, although these are apparently all used frequently in Portuguese cooking. Instead, I will only mention dishes that metaphorically pass my sniff test.

Every source agrees that Portuguese custard tarts, pastéis de nata, are irresistible, so they go to the top of my list. Toronto has a large Portuguese community, so that’s where we’ll go to start taste testing, one pastel de nata at a time.

The same sources reveal that the original tarts came from a Belém pastry shop in 1837, where they were made by monks who had been expelled from their monastery and began baking pastries to make money. Pastéis de Belém still uses the secret recipe and bakes over 10,000 tarts per day. Even with this volume, visitors have to get there early to buy some of their delicious offerings. We can get to Belém easily by train, one stop before Lisbon, on our short journey from Cascais. Ironically, the shop is opposite a McDonalds and next door to a Starbucks.

In Toronto we buy pastéis at a bakery in the historic St. Lawrence Market. They arrive warm from the oven as we order. Several do not survive the walk back to the car. Clearly more research is required!

My next foray into Portuguese cuisine is at Toronto’s Via Norte Restaurant where owner and chef Jose Alves rules the kitchen. He started cooking in Portugal at the age of 13 and hasn’t stopped since. As the place wasn’t too busy the night we dined, he stepped away from his culinary duties to greet us personally and wish us well on our journey through cozinha Portugesa.

To start, we sampled the famous green soup, caldo verde, with potato, onion, thinly sliced kale and a drizzle of olive oil. It can also be served with spicy sausage, but we are glad of the vegetarian version.

In Lisbon, the smell of grilled sardines apparently infuses the streets for the whole month of June, when locals host a festival dedicated to the tiny fish. The Festas de Santo António, honoring the city’s patron saint, is celebrated on my birthday, 12 June. I’m touched. As an appetiser, I try sardinhas grelhadas, grilled fillet of sardines with charred peppers, grilled pineapple, mushrooms, topped with onion confit.

We ordered wine by the glass, as I was unsure whether I would have any. But Diane’s glass of Alvarinho Deu la Due vinho verdé was so perfect an accompaniment that I stepped away from my usual wineless regime and indulged in not one but two glasses, noting the floral and citrus notes. For complete authenticity, we drank Luso, a Portuguese mineral water.

Our mains were traditional; grilled monkfish, or tamboril, for one and grilled cod, or bacalhau grelhado, for the other, both served with broccoli, rapini and potatoes. Packed like a suitcase, I had to try the natas do céu or ‘heavenly cream,’ a version of tiramisu, topped with more cream than was good for me. A strong cup of café expresso, or bica, acted as a digestive, along with a glass of very fine port, sent with chef’s compliments.

Our culinary journey was well launched. There will be more, much more, to come, but for now I’ll offer my take on caldo verde, served with crusty Portuguese yellow corn bread for dipping, milho amarelo also called broa de milho.

NOTE: Toronto readers should note that as always I shopped at the St. Lawrence Market. The vegetables were purchased from Urban Fresh Produce, owned by Anthony Pronesti and Luis Soares, both Portuguese. The custard tarts were purchased from Eve’s Temptations, where the delivery man assured me they were fresh out of the oven at a nearby Portuguese commercial bakery.

NEW MARKET HOURS: Management of the St. Lawrence Market have announced that under a pilot scheme, from 15 March 2020, the market will be open Tuesday to Friday from 9 a.m. to 8 p.m., Saturdays from 7 a.m. to 5 p.m. and for the first time, on Sundays from 10 a.m. to 5 p.m. It will remain closed on Mondays.

Elsewhere, a good source for broa de milho is Nova Era Bakery, with seven locations in the city, including one on Dundas Street West in Little Portugal. They too have outstanding pastéis de nata, many other baked Portuguese specialities, and serve coffee and snacks at café tables to one side.

This is Nigel’s 270th blog on Gentleman’s Portion. The SEARCH function at the top works really well, if you want to look back and see some of his previous stories. The link to Gentleman’s Portion: The Cookbook is now live, well priced at $9.99 or £9.99.