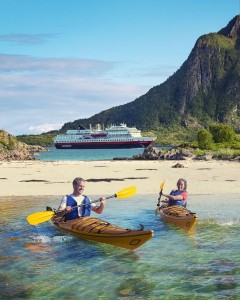 In the world of cruising, the last 20 years has largely been focused on building bigger and more outlandish cruise ships that look like floating theme parks. However, if the COVID-19 pandemic has taught the cruise industry anything, it’s that the days of mega-ships ruling the waves may have come to an end. As E. F. Schumacher once wrote, “Small is Beautiful”. And when it comes to cruising, the legendary economist’s theory that big is not always better may just inspire a sea change in how ships are built and operated in future.

Sven Lindblad, the CEO of adventure cruise line Lindblad Expeditions, laid out the case for “small is beautiful” during the company’s quarterly earnings call in May.  While bigger ships had become floating petri dishes during the peak of the COVID-19 outbreak from January to March, Sven told investors that his company’s fleet of 15 small ships hadn’t suffered a single infection during the same period.

Linblad Expeditions was not alone. Other small ship operators, including SeaDream, Hebridean Island Cruises, Silversea Expeditions, and Seabourn, reported few or no cases of COVID-19 among passengers during the outbreak. In contrast, research by the Miami Herald showed that as of early June, 63 cruise ships operated by major cruise lines had experienced outbreaks of the virus, with at least 3,101 passengers and crew infected, 82 of whom have died. 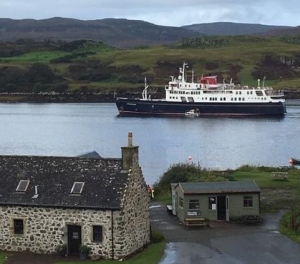 One of the reasons big ships are at greater risk of spreading infection – be it COVID or the Norovirus — is that they squeeze thousands of people into a relatively small place.  For example, Royal Caribbean’s mega-ship Symphony of the Seas can carry almost 9,000 passengers and crew.  And with this many people on board one ship, it inevitably leads to large gatherings pool-side, in theatres, at buffet lines and going ashore in ports of call. Ironically, one of biggest culprits for the spread of disease on large ships starts at the embarkation area, where hundreds of passengers wait in line to present travel documents before boarding the ship.

If people do get sick on a big cruise ships, the size of the ship also presents challenges, including where the ship can dock to disembark passengers. As we saw earlier this year, many countries refused to let large ships dock and/or disembark thousands of passengers and crew if they had experienced any COVID infections.  In fact, as of today there are still an estimated 60,000 crew members stuck on large zombie cruise ships awaiting permission to disembark and return home. 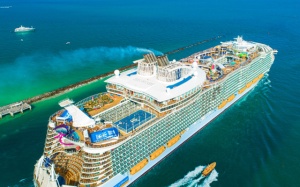 Mega-ship Symphony of the Seas

Then there’s the issue of temporary sailing bans imposed by governments on large ships. In March the Centers for Disease Control and Prevention (CDC) invoked a no-sail order for ships carrying more than 250 passengers and crew in U.S. waters until at least July 24.

As there are a number of smaller, boutique cruise lines operating in American waters , this ban gives them an advantage in getting their operations underway faster and in attracting passengers back to cruising sooner.  For example, the American Queen Steamboat Company plans to resume operations on the Mississippi River, while American Cruise Line plans to restart its cruise program on the Lower Mississippi and Columbia River, hopefully beginning in July.

A similar ban by the Government of Canada will restrict cruise ships with more than 100 passengers from docking at any Canadian port until at least October 31. However, while this ban will stop dozens of large ships from operating their itineraries to Alaska and Maritime Canada, smaller ships may still be able to operate. For example, Lindblad Expeditions is hoping to resume Alaska sailings in late July or August. 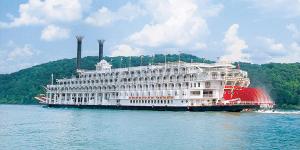 American Queen on the Mississippi (AQSC)

In Europe, where some countries may start allowing pan-European and international travel later this summer, smaller river boats will have an advantage over large ocean-going ships.  This is because many river boat itineraries include just a handful of countries, and have fewer cross-border issues with which to contend. For example, a river cruise along the Danube River could quickly curtail its itinerary, and limit the voyage to just one reopened country or a pair of them such as Germany and Austria.

In fact, a number of European river cruise companies are hoping to relaunch operations this summer. For example, A-Rosa is planning to offer Rhine and Danube itineraries later this month, CroisiEurope is hoping to sail again in France by mid-July, and Avalon Waterways is looking at September for a return of its river cruises in Europe and Asia.

With respect to ocean-going cruise lines with smaller ships in Europe, Hurtigruten will be one of the first out of the dock with voyages along the coast of Norway restarting this week, and in the Arctic before the end of summer. 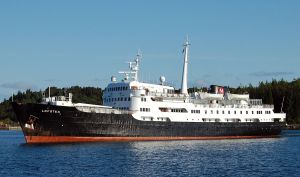 There’s also the issue of how quickly a large cruise line with big ships can restart or adapt its operations, especially in light of the many logistical issues at play. For example, a cruise company must arrange docking rights in ports of call, set up delivery of provisions along the route, make plans for shore excursions with local tour operators, clean massive ships between sailings, and more.

In contrast, an adventure cruise line with small ships carrying a few hundred people need less time to provision, board passengers and clean their ships. They can also visit out-of-the-way places like Antarctica, the Arctic, the Galapagos, the Amazon rainforest, and Patagonia, where there is less need for docking rights (they usually anchor at sea and use Zodiacs to go ashore), they run their own land tours, and can more easily test passengers for symptoms of the virus.

As a result of all the COVID-related publicity in the media about cruising, the travelling public is now acutely aware of the dangers of being on a large ship during an outbreak of an infectious virus. As Frank Del Rio, CEO of Norwegian Cruise Line Holdings recently said during an earnings call with investors: “Nothing will be more critical to resuming sustained and profitable long term operations than making cruising the safest option in the travel and leisure space and providing cruisers with peace of mind.”

So until there’s a vaccine or effective treatment for COVID-19, many people who want to cruise again may choose the safer option of sailing on a smaller ship.  And once they do, they may well discover that when it comes to cruising, “Small is Beautiful”.

Please LIKE this post if you have enjoyed it, and/or add a COMMENT — clickable at the top or bottom of each story. Click on the FOLLOW button at the bottom of the page if you would like to receive email notifications of new articles. This is David’s 85th post on Gentleman’s Portion. The SEARCH function at the top works really well, if you want to look back and see some of his previous stories.