SALUTE TO THE CARNEGIE DELI 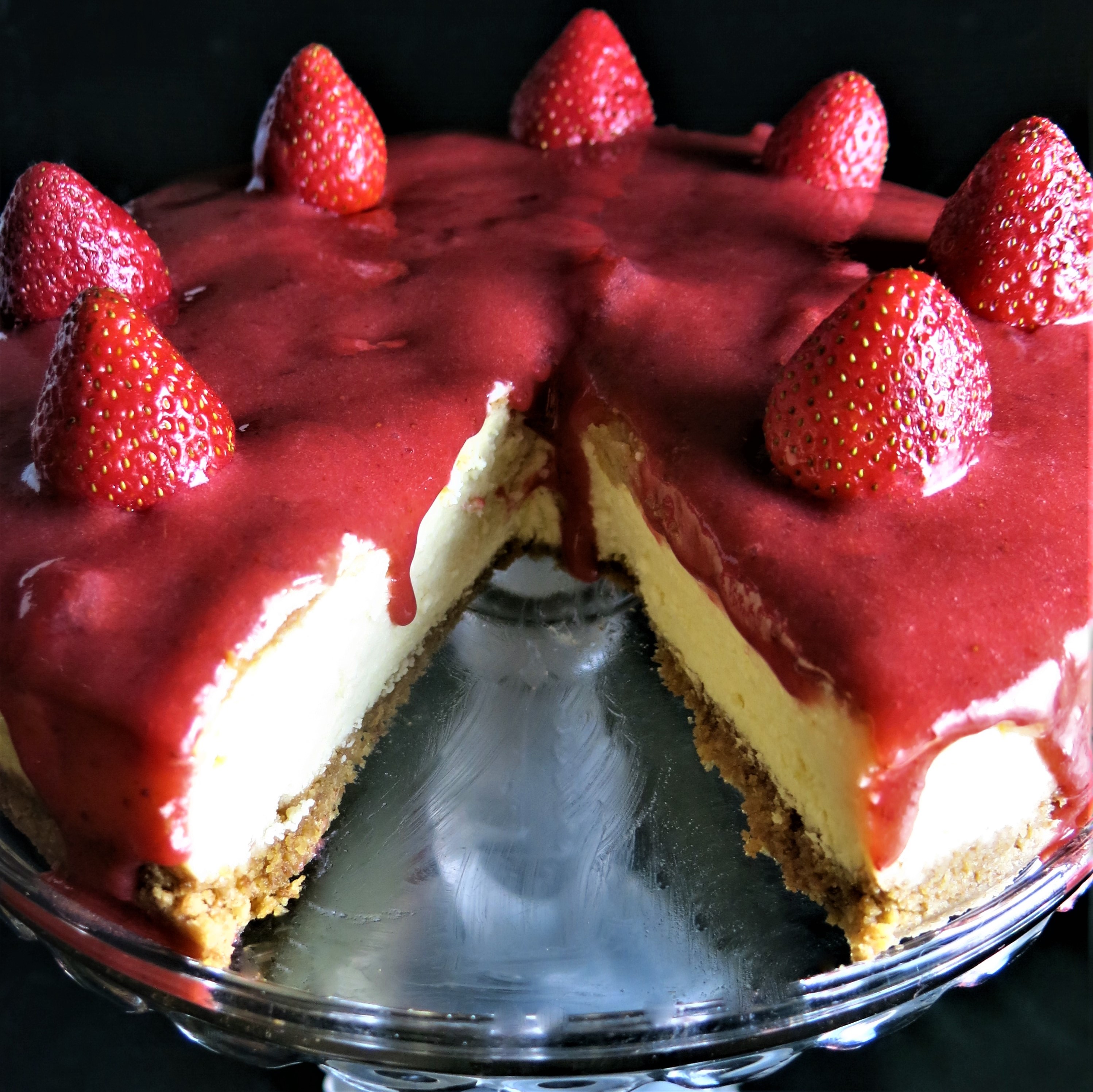 There’s nothing more sinfully delicious than a New York style cheesecake from the Carnegie Deli, with its most popular topping being a strawberry sauce. And since both the original Carnegie Deli and indeed the whole of America is closed, I’ll have to make it at home.

Although there are claims that cheesecake can be found in English recipes dating back to the 1300s, or even ancient Greek recipes, the typical cheesecake we enjoy today is a purely American invention, depending on graham crackers and cream cheese for its unique characteristics. One thing we can be sure of: it is not a cake. If anything, it is closer to a custard pie that a torte or a flan.

Graham flour is a type of coarse-ground whole wheat flour named after Sylvester Graham, who was part of the 19th-century temperance movement and an early advocate for dietary reform. He despised discarding nutrients such as germ and bran when making flour for white bread. He believed that using all the grain in flour and bread was a remedy for the poor health of his fellow Americans during changes in diet brought on by the Industrial Revolution. Since 1898, the National Biscuit Company (Nabisco) has mass produced graham crackers, using a recipe of graham flour, shortening and molasses. Graham cracker crust is a style of pie crust made from crushed graham crackers, credited to Monroe Boston Strause in 1926, who was known in Los Angeles, California, as the Pie King.

The original, which closed in 2016, near Carnegie Hall

Modern commercial American cream cheese was developed in 1872, when William Lawrence, from Chester, New York, accidentally came up with a way of making a heavy creamy unripened cheese, while looking for a way to recreate the soft, French Neufchâtel cheese.

On many visits to New York I would regularly visit the Carnegie Deli, founded in 1937, and home to enormous portions of smoked meats, giant dill pickles, slices of creamy cheesecake weighing one pound and grumpy waiters. They used to say: “You’re nobody ’til somebody buys you lunch at the Carnegie Deli.” Sadly, the original spot near Carnegie Hall was closed by owner Marian Harper Levine at the end of 2016, but you can still get the same Jewish fare at their Madison Square Garden location.  I once took a film crew in for lunch and the server refused to bring more than one portion of cheesecake for the five of us!

The following is not the Carnegie Deli recipe. The one that used to be posted on their website did not come out like the one in the deli! So if the real thing remains a secret, this is as close as I can get. Although the recipe involves some work, there’s very little that can actually go wrong, and I can promise that your family or dinner guests will be glad you tried. Here then is my tribute to all the calories consumed at the Carnegie Deli. 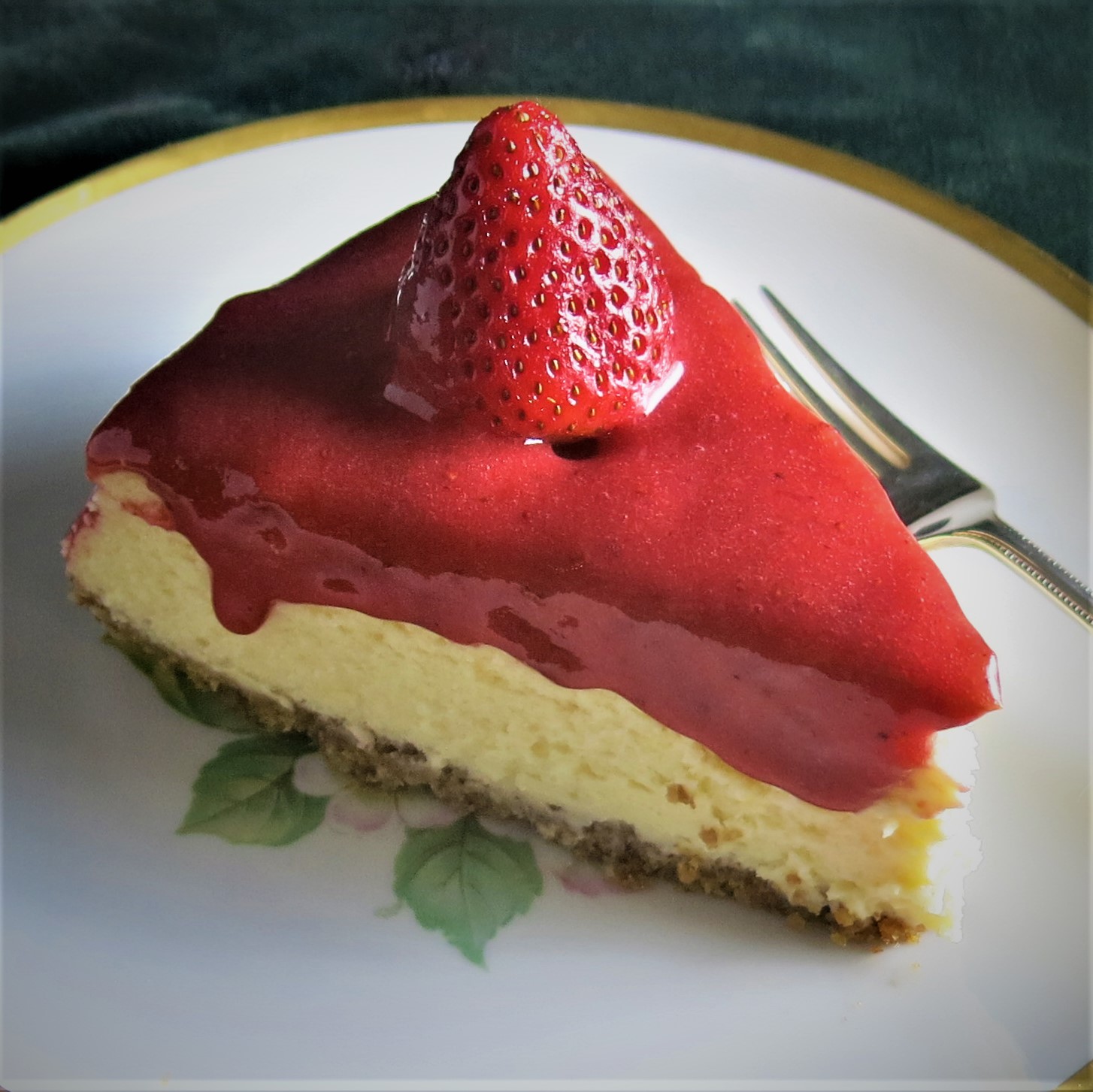 Serves 8 to 12. TIP: A slice might be too much for some appetites, so decorate with 12 berries and slice accordingly. 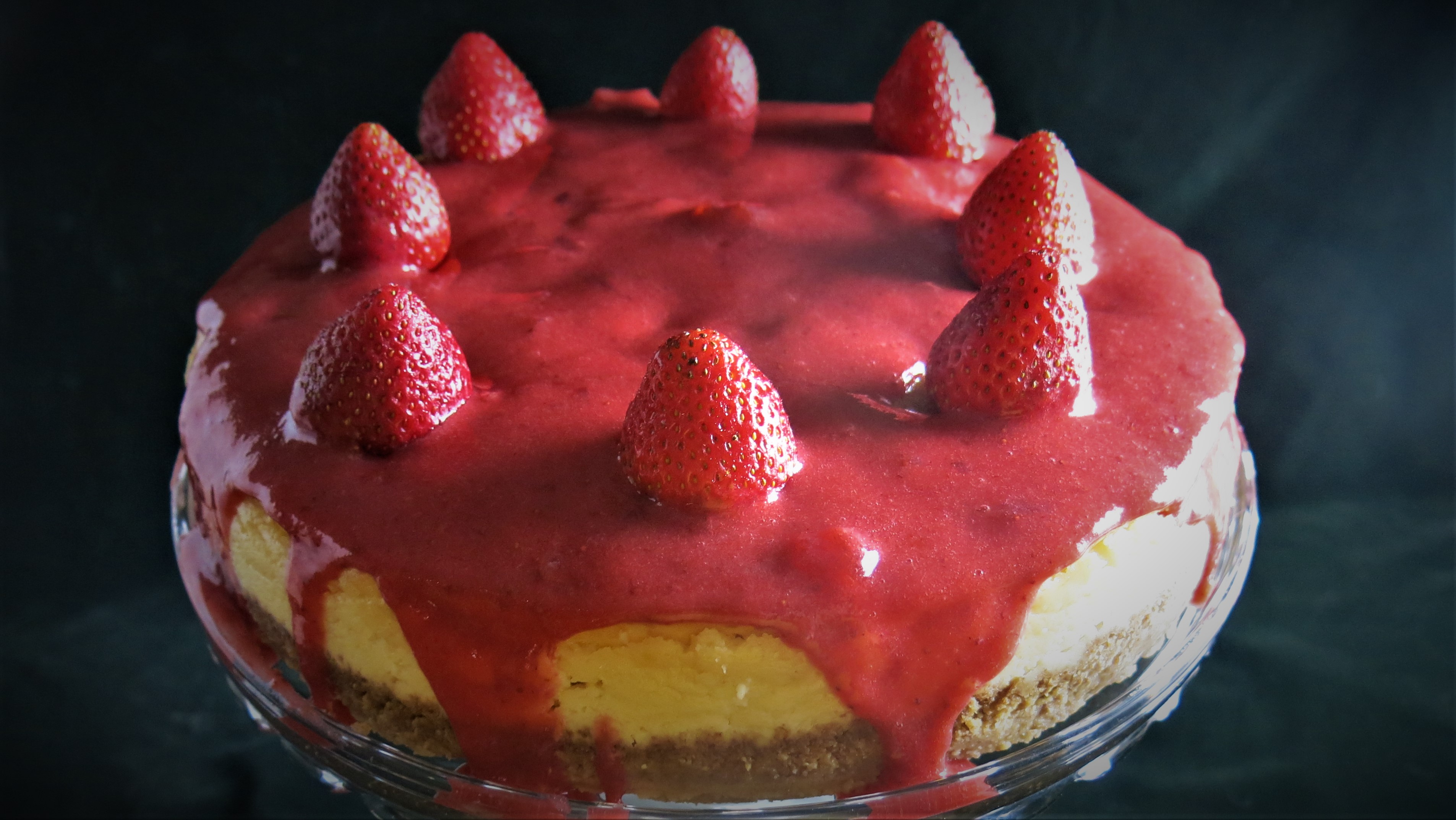 Please RATE this blog, if you have enjoyed the article, or add a COMMENT — clickable at the top of each story. Click on the FOLLOW button at the bottom of the page if you would like to receive email notifications of new articles.

And please check out his new cooking videos; Episode 1: Fruit parfait and Episode 2: Eggs Benny the first two of an occasional series, or watch it on YouTube.