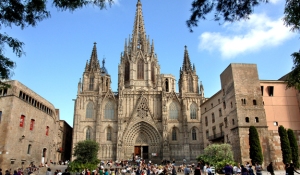 “Barcelona is a very old city in which you can feel the weight of history; it is haunted by history. You cannot walk around it without perceiving it.” –  Carlos Ruiz Zafon

The early morning light began to flood the graceful Gothic spires and narrow streets of Barcelona’s old quarter as the Emerald Princess gently slipped into its berth. We had arrived in the glorious capital of Spain’s Catalan region, a city overflowing with inspiring art, architecture and history from both the medieval and modern eras. 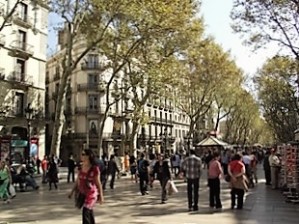 Catalonia united with the Kingdom of Aragon in the 12th century, and became part of Spain in 1469 with the marriage of King Ferdinand and Queen Isabella. But while Catalans are part of Spain, their treasured city of Barcelona is decidedly different, especially when it comes to culture and style.

Since Barcelona is an excellent city for walking, we decided to see as much as we could on foot before taking the HOHO (Hop On, Hop Off) tourist bus to sights that were further afield. The bus offers three different routes around the city and stops at 44 different attractions – a great value for 28 Euros. 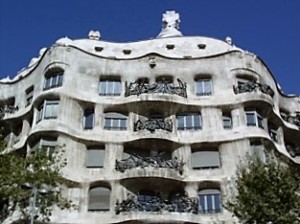 About half way up Las Ramblas we took a right turn into the heart of the city’s old Gothic quarter. The “Barri Gotic” is a warren of weathered, narrow streets and old buildings from Barcelona’s golden era of growth between the 13th to 15th centuries. While there are several grand buildings to see including the 600 year-old Catedral de Barcelona and the medieval palace of the Placa del Rei, it’s just as much fun to get lost while you wander through cobblestoned alleys looking up at gothic spires, ancient towers and stone gargoyles. 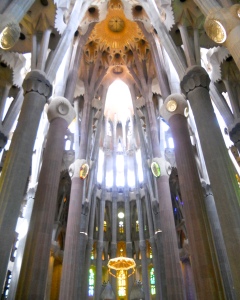 Since all this walking had made us hungry, we decided to stop for lunch on the patio of “Taller de Tapas,” a small restaurant west of Las Ramblas on Rambla Catalunya. We ordered a variety of delicious tapas including sizzling prawns with garlic and chili, roast Galician ham with smoked paprika, and grilled farmhouse foie-gras sausage with white beans, all washed down with a wonderful bottle of Rioja red wine.

With appetites satisfied, we boarded the HOHO tourist bus at Placa de Catalunya and got off a few stops later at the Casa Mila, better known as La Pedrera (the stone quarry). The Casa Mila is one of the magnificent private residences that Barcelona’s elite decided to build in the exclusive L’Eixample area of the city near the beginning of the 20th century. Designed by Antoni Gaudi, the granite building is arguably one of the most refined examples of his “modernista” style, with intricate iron balconies, chimneys and ventilation shafts that look like aliens (including one made with glass champagne bottles), and a spectacular inner courtyard.

Our next stop was La Sagrada Familia, Gaudi’s monumental and still unfinished cathedral, which is easily Barcelona’s most remarkable structure. Started in 1882, the Gothic-inspired design features four soaring bell 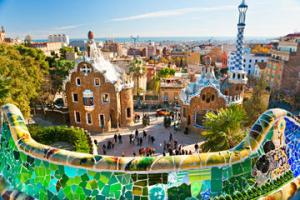 Golden Square in the Eixample district

towers, which rise from the Façade of the Nativity. The façade resembles a wall of molten wax filled with detailed figurines of the Holy Family celebrating the birth of Christ.

We were beginning to run short of time when we left the cathedral, so we decided to stay on the bus for the last hour of its route and take in the sights from the top deck of our coach. While we only managed glimpses of the some of the remaining landmarks like Park Guell and the Placa d’Espana, we had still seen enough to be totally captivated by Barcelona’s unique beauty, culture and style. 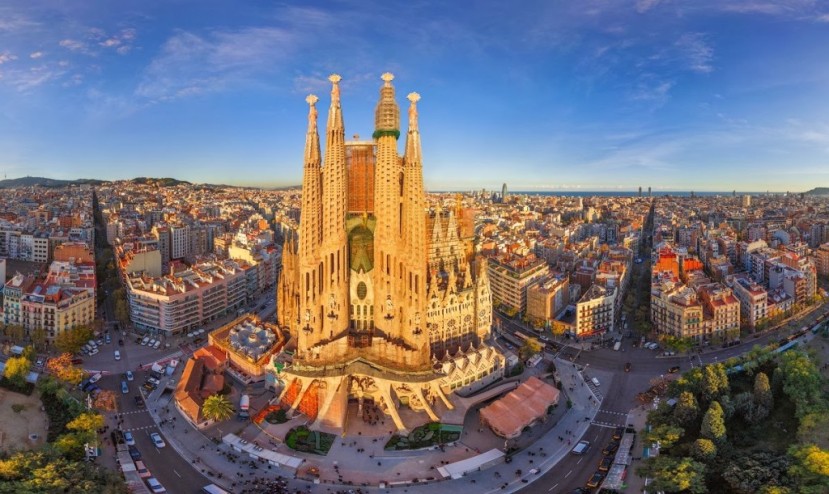 If you enjoyed reading this article and don’t already subscribe, please scroll down to the end of the home page and add your email address to receive notification of all our stories. We’ve nearly 4,000 folks following now (thank you each and every one) and you can help push the numbers up by subscribing.